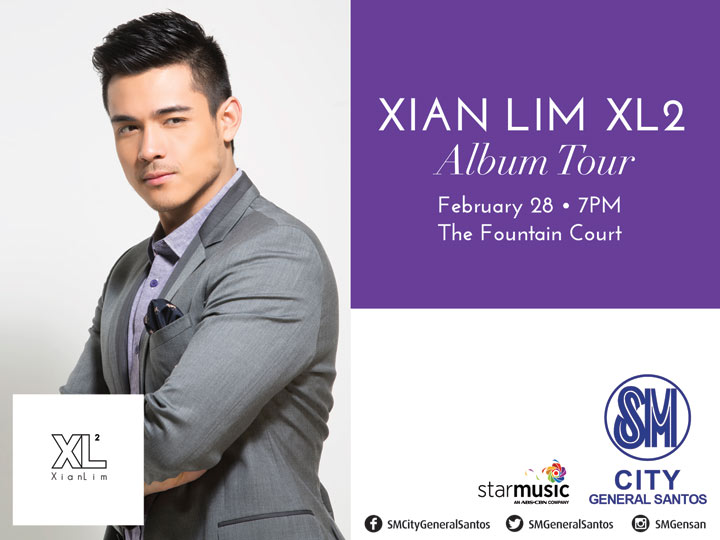 Hi Generals! Actor-Musician Xian Lim will be in SM General Santos on February 28, 2015 at 7pm. Xian Lim who first become a model and an actor released its first album “So it’s You” last 2012. His album quickly earned platinum award and atleast 20,000 copies was sold. Xian also recorded theme songs and soundstrack like My Binondo Girl in 2011, Aryana and Ina, Kapatid and Anak in 2012. He also earned a spot on his career on Movies with blockbuster films “Bakit Hindi Ka Crush Ng Crush Mo” and “Bride for Rent”.

Previous Posts How to unfriend Facebook Friends without actually Unfriending them
Next Posts How to Upgrade Nexus 5 to Android Lollipop 5.1