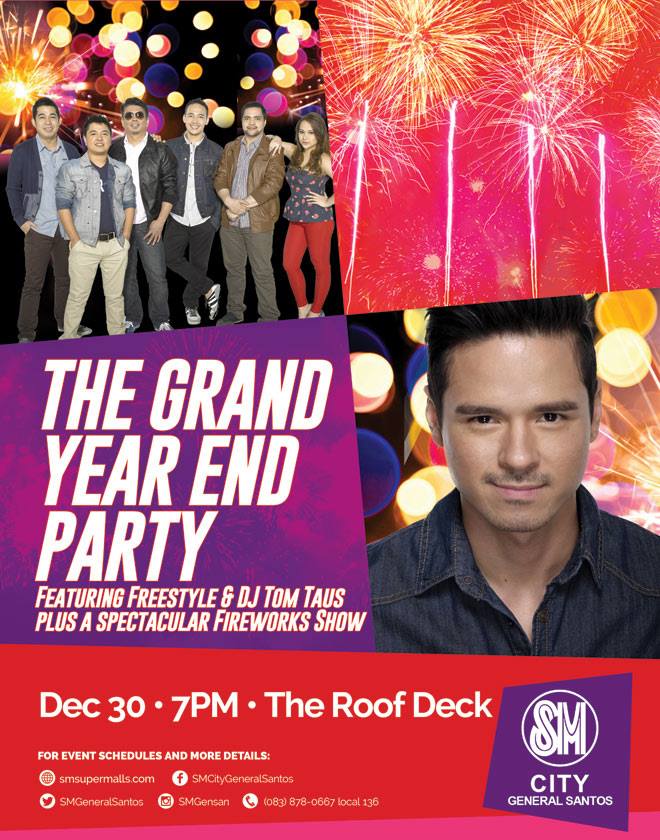 The one of the premiere band in the Philippines, FREESTYLE band was awarded as the most Popular Group Entertainer by Gulliermo Awards in 2002. They are the behind the songs “So Slow” and “Before I let You Go”.

Remember the child actor of live-action “Cedie Ang Munting Prinsipe”? he is back! After 14 years of leaving the Philippines to migrate in the US, the child actor TOM TAUS is making a name for himself in Hollywood as a DJ and known now as “DJ Tommy T” from Los Angeles Clud Crowd.

Catch them all on December 30, 2014 at 7pm and SM City General Santos will also be having extended mall hours up to 10 o’clock in the evening. Get entertained with their world-class voice and international stage perfromance and witness the magical Fireworks Display at the Roof Deck of SM City General Santos.