The Born of Zurker (The New Social Networking Site) 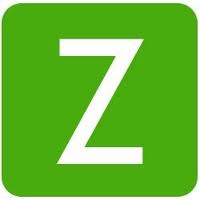 Way back around 2004 in Harvard University a name Mark Zukerburg (A founder and CEO of a social network site Globally known as FACEBOOK) established the site facebook, which is an idea of the Twin Brother Winklevoss (Cameron and Tyler) also attending on the said University.

It was appealed in the court by the twin brother that mark stolen the idea of facebook, after hiring him to code their site ConnectU in 2003.

In 2008 Facebook agree to end this “Rancorous Litigation” by the twin brothers, that he stolen the idea of facebook, but Zukerburg did not admit it. Then the Twin brother received total amount of $65m, $45m worth of stock and $20m in cash.

In 2009 the Twin brohter started a New project called “ZURKER” (sounds like the name of Mark) and launched its beta Version in December 2011.

The Site is not an average social networking site for many reason, it has an additional features that make you a share holder of this website. Currently in UK there are Thousands of member joining per day. You may join Zurker for Free. You may follow this link : http://www.zurker.ph/i-326177-iozhueulso and experience the new trend of social networking.

Note this site is currently not available to general public without an invitation. This may be your chance to experience Zurker.