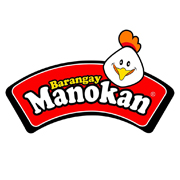 They also give free sinigang soup and all meats are freshly served tasty inside and outside. Thumbs UP!