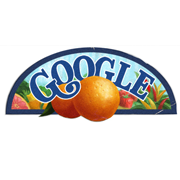 Today is the 118th Birthday of Albert Szent Gyorgyi a Hungarian Physician known for discovering the components and reaction of the citric acid cycle or the Vitamin C. Albert won the Nobel Prize in Physiology or Medicine in 1937. Albert also join the Hungarian Resistance during the World War II and entered the politics after the war. He was born in Budapest, Austro-Hungary and he died in Woods Hole, Massachusetts on October 22, 1986.