In Defense of Paraguay by Hadji Balajadia 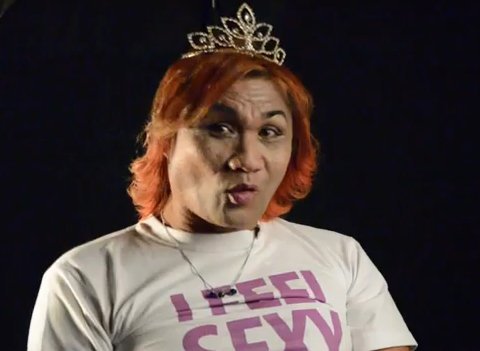 I would like to laud the conceptualist of the TV Ad of the Gensan Tunafest 2011, featuring Paraguay!

Paraguay perfectly represents the genuine spirit of survival, optimism, resilience, humor and friendship. Whoever is the conceptualist of the TV Ad, I’d like to underscore in boldface that such ad is undoubtedly a milestone to the marginalized groups and communities in the city because it not only privileged the “ignored” and “discriminated” voice, it also de-constructed our traditional notions of the “best representative of Gensan.”

Paraguay represents the common masses, the large majority of the Gensan citizenry. To discredit him as the Model of the Tunafest is to patently silence and deny recognition the thousands of poor voices and faces that he represents.

The Tunafestival is for the common Generals, who labor sweat and blood for the common good of the city. It is not for the privileged few—the rich, the businessmen, the politicians, and the festival guests. I can sense that they undermine Paraguay because he is both Gay and Poor—one who is not at par with Manny Pacquiao.

To me, this is “double othering”—double discrimination! He is perceived by some of these homophobic media and prejudiced nouveau rich to be lightweight if not “nonsense” and hence an incredible endorser of the Festival.

I am seriously aghast by their irrational attitude against this poor human being who wants to share his humble civic contribution to the Festival. They feel that they are the only ones who hold birthright of representing the face of Gensan.

Such exclusionist and discriminatory attitude has no place in participatory democracy!

The life narrative of Paraguay, to my mind, aptly shows the countless stories of many migrants from neighboring towns who are trying their luck in the Tuna Capital of the Philippines.

Let us all remember that the Tunafest is not for the privileged few!

The Tunafest is for the common and ordinary General like Paraguay!

Discounting these marginalized persons from our civic celebration of the Tunafestival tantamounts to ignoring the socio-historical reality that Gensan is nothing without these nameless and unhonored people.

I would like to laud the conceptualist of the TV Ad of the Gensan Tunafest 2011, featuring Paraguay!