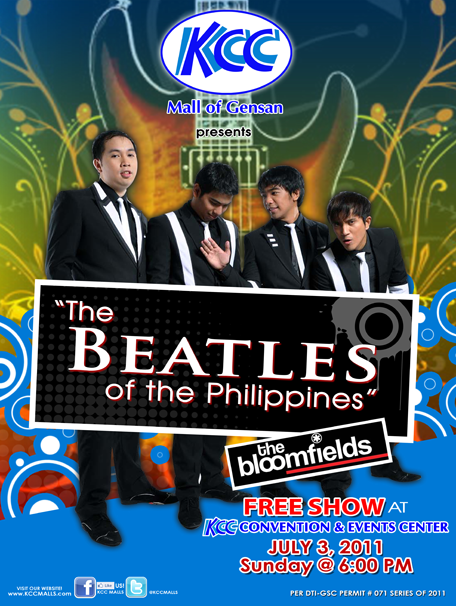 The Bloomfields or known as the Beatles of the Philippines is a Rock ‘n Roll band, composed of five energetic and young gentlemen. They will be performing live at KCC Mall of Gensan on Sunday, July 3, 2011

Music performed from The Beatles, The Beachboys, The Shadows, The Ventures, Dave Clark 5, Cliff Richard, Chris Montez and to other rock n’ roll.

Catch them live at the KCC Mall Convention and Events Center, General Santos City on July, 3 2011 at exactly 6:00pm.