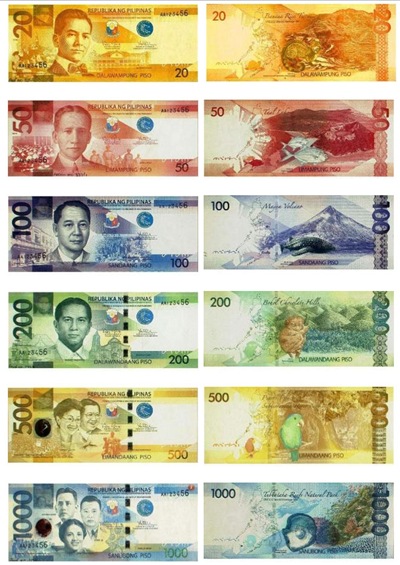 New Money of the Philippines was released last December 2010 by President Ninoy Aquino and the Banko Central ng Pilipinas, below are the new set of Philippine Money. Click the image below to see the High Resolution copies.

Changes on the new bill:

Please Post a Comment if you want to copy the image above for your website/blog.. Thanks again…

Leave a Reply to bhel